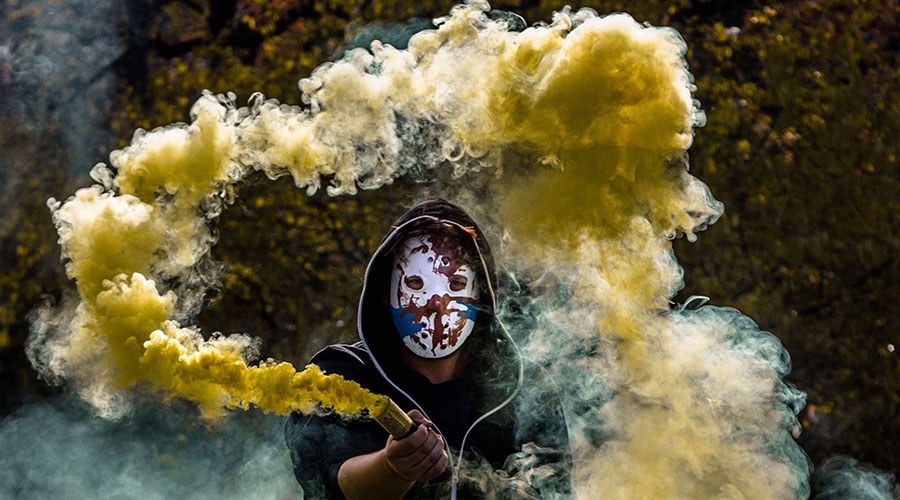 Is Nitrous Oxide and Fluorinated Gas Carbon Based Greenhouse Gases?

The short answer is no, there is not. There is not any carbon in Nitrous Oxide (N2O) or many of the fluorinated gases such as Sulfur Hexafluoride (SF6) and Nitrogen Trifluoride (NF3).

The Most Potent Greenhouse Gases

Even without any carbon molecules, they are far more potent of greenhouse gases than traditional Carbon Dioxide (CO2) and even Methane (CH4 ). We are talking multiples – Methane is 86 times more potent than CO2, and Nitrous Oxide is more than 3 times as potent as that.

Fluorinated Gases are in the realm of 1000’s of times more potent than Carbon Dioxide, and they don’t break down naturally.

What’s more disturbing, is how they are used.

Nitrogen Trifluoride is used to cut silicon wafers for solar panels. It is almost 1800 times as potent as Carbon Dioxide and is growing in use. Typically, it just gets emitted in the manufacturing process because it is difficult to collect in factories.

Only Solution a Carbon Tax?

So why are proposed solutions called Carbon Taxes if much of the impact is from non-carbon emissions?

While there is no clear answer, I will present my conclusion and solution in this article. (HINT: It is an EmissionsTax)

David Gordon Wilson is the man credited first proposing a Carbon Tax in 1973. Robert Tanguay is the first person to propose an Emissions Tax in 2016.

In addition to creating incentives for energy conservation, a carbon tax would put renewable energy sources such as wind, solar and geothermal on a more competitive footing, stimulating their growth. David Gordon Wilson first proposed a carbon tax in 1973.[27]

In January 2019, economists published a statement in The Wall Street Journal calling for a carbon tax, describing it as “the most cost-effective lever to reduce carbon emissions at the scale and speed that is necessary.” By February 2019, the statement had been signed by more than 3,000 U.S. economists, including 27 Nobel Laureate Economists.[7]

Sounds good, right? If you examine the footnotes, you will see some things. They link to private organizations. The Boston Globe, The Climate Leadership Council.

Wikipedia is controlled by academics, the same academics that run the various non-profits and massive institutions. MIT is one of those organizations, one that Mr. Wilson is alumni of. These institutions have large endowments that invest in world economies and stock markets, using those funds to gain and maintain power.

Institutions do a lot of good for society, but, just like any being or group, have their own interests. They tend to self-perpetuate. They help each other out and support their members.

When I wrote about EmissionsTax on Wikipedia, within minutes my work was removed and threatened to have any links to www.EmissionsTax.org barred from Wikipedia.

I’ll do it now. I’ll add this to the above statement. “In 2016, Robert Tanguay introduced EmissionsTax as a better solution to a carbon tax, stating that the most potent greenhouse gas emissions are not carbon based, and that to protect the environment, one must price all pollution emissions.”

Let’s see how long it lasts.

People that edit Wikipedia aren’t just great people donating their time, they often charge money to write for scientists and are academics themselves. They are promoting their own self interests.

The info was deleted within 10 minutes. My writing was made and linked same manner as other links to private organizations. The article is currently under “Educational Assignment”, meaning academics have control of the “Carbon Tax” article.

Promoted by Elite Academics and Institutions

Our friend David Gordon Wilson is no longer alive. His work is owned in part, or wholly by institutions such as MIT. Perhaps MIT students have the educational assignment for this Carbon Tax page, and have written in David of MIT as the original carbon tax owner.

The same thing that happens with musical artists also seems to happen with academics. Their work is used, owned, promoted by the institutions they once served. You can argue that this is good, and you may be right. But if all policy is proposed by academics and promoted by institutions, then why have greenhouse gas emissions grown since that fateful day in 1973?

If the most potent greenhouse gases are not carbon based, why are we proposing carbon taxes?

Over 3 years ago I founded EmissionsTax and reached out to lots of people. I thought it would change the world. It is the alpha solution. Not only does it handle greenhouse gas emissions, it handles all types of pollution. Particulate, chemical, electronic, sound. Pollution that kills people and affects their health.

Crickets. Yet Exxon throws a million dollars in support of a Carbon Tax…….

I can come to no other conclusion except that there are special interests behind the promotion of carbon taxes.

The proper solution would be to debate my proposal (EmissionsTax) instead of ignoring it. If a Carbon Tax is sooooo good, then you have to ask why other proposals aren’t considered. Prove you are the best.

The elite run this world and have provided great improvements like having enough food and electricity.

On the same note, they have also been thoroughly rewarded for it financially, while pushing externalities on the poor and middle class.

Their machines and policies have destroyed small businesses and local economies, along with the environment.

Why would you grant the people that caused the environmental issues a monopoly on the solutions, especially when there is clear argument as to why their solutions are bad?

The Most Potent Greenhouse Gases Aren’t Carbon Based

I believe the reason for the promotion of a carbon tax is to simplify the problem and solution. Same theory as the controversial Electoral College.

We are not meant to be involved in the affairs of the elite, only to suffer from them.

CarbonTax is a good start. I’d be willing to absorb it into EmissionsTax, like a foster child, that is, providing they follow the Emissions Tax Framework:

The solution is to hire me to work on environmental policy; to support EmissionsTax.

If you hear Bill McKibben touting a carbon tax, ask him why he has been ignoring an EmissionsTax? Demand these leaders put their policies to the test.

I truly do have respect for their work. I may be wrong; by a lot or by a little. Most likely, at least from my prospective, I’m right. We have to test and incorporate ideas.

What I’m asking from you, is to help me to continue working on this. That is the solution to all the worlds problems; people working together.