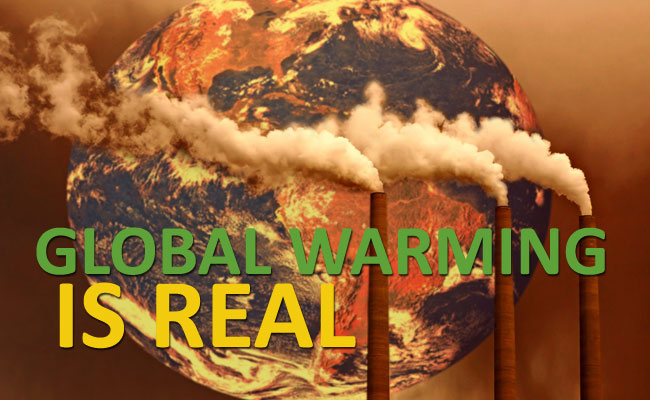 Global Warming is Real, and It Is Caused by Humans

To most Americans and people of the world, it is no secret that Global Warming and climate change is happening and that we are the cause. It is also well known that the effects of our pollution are leading to wide spread climate change, species extinction, health issues, drought and sea level rise. Not good.

In 2010, an Anderegg study found that almost 97% (96.7% to be exact) of climate research scientists agreed that human activity is the primary factor in climate change and global warming. Since then, there have been many debates and average temperatures have continued to rise. That is almost complete Scientific Conciseness. If you can’t believe that, you have to think that centuries of University study and procedure are wrong, and not just by a little bit.

Let’s put the issue to rest. Let’s move past the argument of whether or not something is happening, and instead discuss what we are going to do about it. This article will discuss our options and and make a recommendation based on my experience. Feel free to send anyone that argues that “Global Warming is a Hoax” this article and we’d be happy to provide a forum for them to share their opposition.

Everything will be okay. Humans always think of a solution, except in the case of Global Warming. Hurricanes , droughts and air pollution make us stronger. Eventually, we will run out of fossil fuels like oil and coal anyways. If this “Climate Change” thing is real, the Earth will change back.

If this were to happen, there would need to be huge cutbacks in our energy consumption. Productivity would plummet. Companies that produce fossil fuels would lose money overnight, making most of their infrastructure drop in value. This could never happen in our modern society. Best case is we could slowly ween off of burning for energy, but we need a lot of renewable energy to replace current energy supply. A ban on the burning of fossil fuels would likely turn out worse than the prohibition.

I wouldn’t be able to give up fossil fuels tomorrow, could you?

In our opinion, this is the only logical way we can move forward on this issue. Currently, everyone needs fossil fuels for their food production, transportation and energy needs (heating and electricity).

Though we can’t stop pollution over night, we can curtail greenhouse gas emissions by creating incentive not to pollute. Enacting an Emissions Tax would, through basic laws of economics, reduce demand for fossil fuels. Raise the tax (price), and demand goes lower.

Global Warming, Climate Change, Species Extinction is no longer up for debate. How we stop it is. Here is a draft of our Plan for Reducing Emissions

The Difference Between a Carbon Tax and an Emissions Tax